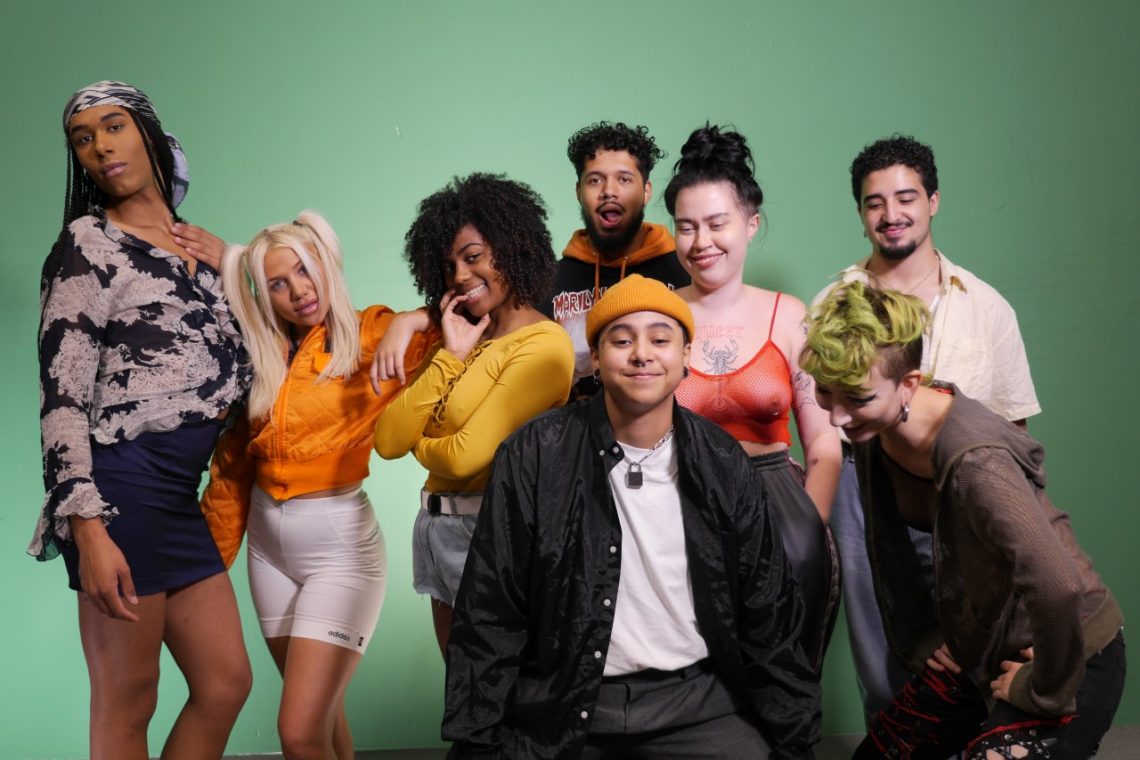 CONFERENCE IS HELD IN ENGLISH

Young people are consuming moving images like never before. Content is shared and spread in a never-ending stream, via tv-series, Netflix, YouTube and social media. At the same time, many youth films find it difficult to reach their audience. Is it the films themselves that are the problem? Is it the marketing of them? How much depends on the length of the screening time? These are all questions that we need to relate to and find answers for when we are discussing the production, distribution and screening of films for a young public.

“Reaching the Young Audience” is a conference focussing on youths aged 12-18 as the target group and investigates how they consume moving images today, what they are looking for, what they need and how we can reach them with good content.

13.00-13.45 Hope & Fear: Storytelling for young futures
The annual Nostradamus report (commissioned by the Göteborg Film Festival, with support by Film i väst) looks at the near future of the screen industries in the context of global macro trends. Johanna Koljonen introduces the 2020 report to discuss teen media consumption in a landscape of hope and fear.
Johanna Koljonen is a media analyst, broadcaster and experience designer. She lectures internationally on changes in the media sector, participatory experience design, and Nordic larp. In 2011, she received the Swedish Grand Journalism Award in the Innovator category. She serves on the board of the Swedish Film Institute.
13.45-14.30 Reaching Young Audiences
Katrine Bouschinger Christensen will present the research project ‘Reaching Young Audiences: Serial Fiction and Cross-Media Storyworlds for Children and Young Audiences’ (RYA). The project combines production and audience studies when it couples analyses of current production strategies behind fiction for children and adolescents with studies of the young audience’s media usage and perceptions of the quality and relevance of film and TV series. Based on case studies of best practice from Denmark, Norway and the UK, the ambition is to contribute with knowledge about how Danish fiction can continue to be an important part of Danish children and young people’s everyday lives. As a short example, the first RYA case study is presented on DR’s tween channel DR Ultra, which is successful with series such as Klassen (2016 -), currently also made in a Swedish and Norwegian version. Klassen is interesting because it consistently works with various forms of involvement of its target audience that includes the use of so-called ‘junior editors’ during both development and screenwriting. Perhaps a grip to consider incorporated in other fiction formats aimed at children and adolescents.
14.30-14.50 Coffe break
14.50-15.30 Meet the experts
We have invited a group of young people who will share their thoughts on what is a good film for a young audience. What kind of content do they watch and like? What is missing when they look at the assortment of films and series provided?
15.30-16.30 Meet the filmmakers
Meet some filmmakers who recently made films for and about young people:
Lina Badenes (Spain), is a film producer with two films in the program at BUFF 2020: The Innocence and Staff Only.
Laurent Micheli (Belgium) made his second feature film in 2019: Lola, about a transgender teenager. The film is screened in competition at BUFF and will come to Swedish cinemas later this year.
Laura Jou (Spain) directed the coming of age-film Life Without Sara Amat and has a lot of experience working with young actors in films such as El Orfanato, A Monster Calls and The Impossible.
March 26th
9.00-9.45 Working with young people
How do we involve young people in our work? What can we learn from the target group?
Anna Brodin (Sweden) is a filmmaker with a short film, The Substitute Teacher, in the BUFF program. She is also working with Lynx Studios, an organization supporting female filmmakers and is running a film camp for teenage girls every summer.
Vore Huertas (Spain) is a language teacher with a lot of experience in audiovisual learning. He works with young people in workshops where they make radio programs, short films, documentaries and analyse cinema.
Mike Tait (Scotland) is representing the Discovery Film Festival in Glasgow. For several years he has been running the Young Ambassadors programme for young people age 15-19 who love film.
Julia Thelin (Sweden) is a filmmaker who has made several award winning short films for young people investigating gender roles, norms and identity.
9.45-10.15 Case study: Blomster
Some say Swedish youth films are in crisis and that no successful film for a young audience has been made since Fucking Åmål (1998). We have invited the director Neil Wigardt and producer Malin Hüber who are working with a film called Blomster. They will present the project and discuss how they have developed the idea together with young people. The distributor of the film Folkets bio, represented by Rosemarie Strand, will explain how they are planning to reach out to the target group with the film.
10.15-10.35 Coffee break
10.35-11.15 What is good content for a young audience – today and in the future?
In this panel discussion we will sum up the discussion from the conference and try to look into the future.
Participants: Thomas Hailer, Germany, curator at the Berlinale until 2019 and head of Generation 2002-2008, where he invented the 14plus section with films for young people.
Céline Ravenel, France, president of the association Linfraviolet (Cinema and Movement), former artistic director of Ciné-Jeune Film Festival and former president of ECFA.
Sanne Övermark, Executive producer at SVT responsible for popular series for young people such as Festen and Eagles.
11.15-11.45 Final reflections and discussion

Accreditation or BUFF Gold Pass is required, as well as registration.

Movie is in the following screenings:

ABOUT LONGING, COURAGE, KINDNESS AND FORGIVENESS