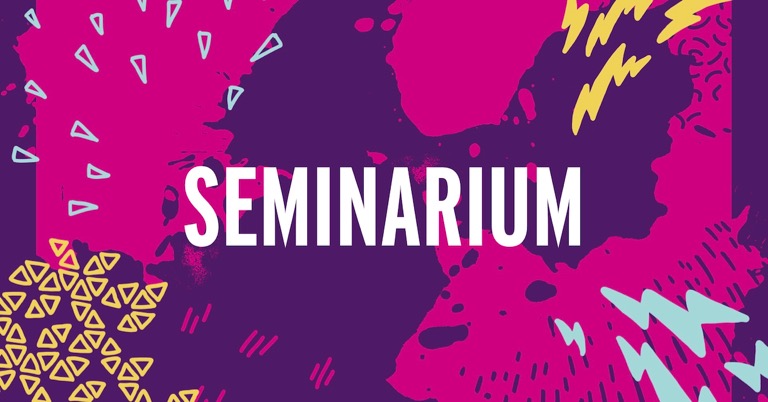 On Wednesday night there will be a seminar which will provide a sneak preview of four upcoming films. You will be to take part in discussions about the films and the productions.

The seminar is held in English. Free entry with festival pass or accreditation.

Halvdan is not a “true” viking. He has a limp and lacks both self-confidence and friends. In addition, his father has given up on robbery and left him with Björn the blacksmith. On the other side of the river lies Västbyn, the village that Halvdan’s village has had a feud with for as long as anyone can remember. Despite it being strictly forbidden to cross the border between the villages, Halvdan goes on excursions that are more daring each time. In the forest one day, he finds himself staring straight into the eyes of the enemy king’s unmarried daughter, Meia.

In the suburb of Sävbyholm in the 70’s, twelveyear-old Juha Lindström is the class clown. Being funny is the only thing he is good at and he does everything he can to fit into the social pecking order at school. Through Juha, we get to know his mother Ritva, dad Bengt, little sister Marianne and his classmates of course: best friend Jenny, who has an ugly hair clip in her ugly hair and whom Juha is ashamed of; the bullied Thomas who has a crazy German mother; and nasty Lennart and Stefan. Juha tries to stay in their good books. It’s not really working.

As an adult Juha is a celebrated, nationally reknowned comedian. Tickets for his performance – ‘My Life as a Comedian’ – are sold out across the country. Night after night, he prepares to tells audiences of the horrible and hilarious stories from his own childhood. One night he is contacted by one of the guys from his old class which results in him returning to Sävbyholm to reconcile with his own past.

An ambitious, adventurous, warm and funny film that isn’t scared of tackling the big questions about life and death. The film takes the audience on a space adventure where two siblings challenge their fate, along with a friendly alien.

–Throughout my career, I’ve been trying to find a science fiction idea that grabs me and that is both fun and exciting. I almost gave up hope until one day I saw the play Vial by Henrik Ståhl. Immediately I knew that it was possible to create a cool and funny, yet thought provoking and important science fiction film in Swedish. I wanted to make a family film that we had not seen before: a colourful, beautiful, fast-paced, dreamy and sensitive film that enchants. – Ted Kjellsson.

Alone in Space is directed by Ted Kjellsson and produced by Stefan Baron, Sonja Hermele and Anna Knochenhauer.

Till drömmarnas land (To the land of dreams)

Sabina has travelled from Romania to the small Swedish town Holmsund with her Romani brothers. They work in a garage and Sabina is looking for a job. Elin, raised in Holmsund, is singing a hymn at the local church. The summer holidays are about to start and the two girls will get to know each other. Together they will revolt against the old ways and find something new in one another as, at the same time, society is crumbling around them. Elin’s father goes crazy from sorrow. There is a madness in the Swedish idyll.

Feature film Till Drömmarnas Land is a acutely contemporary; it is about the friendship between two teenage girls in the shadow of the Swedish debate on immigration and EU migrants. It is a story that portrays with care everyday life and upbringing in a small northern Swedish town, where the locals share the same desire as the EU migrants: for a more hopeful future. It is a pertinent yet deeply poetic and loving story of contemporary Sweden and youths’ longing for something better.

Till Drömmarnas Land is Victor Lindgren’s first feature film. It is produced by Therese Högberg.

Jacob, Mimmi and the Talking Dogs